Lucky Hunter represents 5 reels and 9 paylines video slot online with possibility to increase your winnings at risk game and to get addition win in the Bonus and Super Bonus games. In general game you can select the number of paylines from 1 to 9 and bet per line between 1 and 25 coins. Three or more identical symbols on active winline from left to right bring the player the win according to the Paytable which you can check by pressing the Help button.

The atmosphere of the game looks like beer inn where always much noise is, fun and lots of people you can communicate with. To play online Lucky Hunter can each player who like such type slots. It’s a little bit different than Garage slot by Igrosoft.

Lucky Hunter has own payout and bonus calculation system by symbols. Well for example the bet will be played by the highest bonuses in case of completing the combination the numbers of Wooden Plugs and instead the lowest bonus player will get from the Vine Bottle symbols.

The Lucky Horseshoe is a Wild symbol that function as a Joker in card games substituting any other symbols to have an opportunity of creating a winning combination. Three or more Covers trigger Bonus Game coz they act as a Scatter symbols and can appear anywhere on the reels.

Bonus Round and other features of the game

The Risk Game allows multiplying your winnings by 2 times by choosing the player tin with higher number than dealer tin has. The number of attempt has shown on the screen. The gambler can stop the risk game at any time and collect the increased winnings. 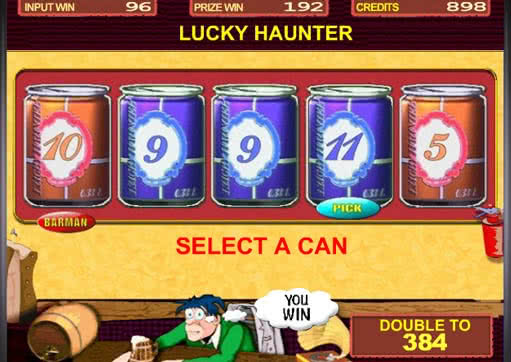 The Bonus game assumes possibility to overturn the Cover in the any succession on the back side of which is shown their amount of winnings. The Cover with EXIT sign stops the game.

Super Bonus Game starts in case if no EXIT covers were during the risk game. Your will see two dishes with covers. On one of them is a Chicken as a desired prize and on the other one is an old gnawed round fish bone J Press one of the covered dish and get or prize or bone.

As you can see this video slot game has special gamble features different from other Igrosoft video slot machines. Not standard risk game and super bonus game. 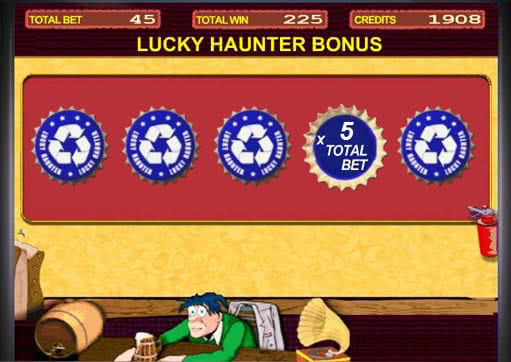 Here the excellent mathematics and the graphics of the game, which has no fault and have the opportunity to win, because the game is included in the total system, where the players' Bank played only between the players who play for real money.