Slots history - how it was

If one looks back to the history of slot machines, he will find out that the first one was called Liberty Bell and was invented approximately in the middle of the 19th century by C. Fey. It is now kept in one of the restaurants of Nevada, USA. Similarly to computers, the first slot machine was very big and inconvenient and took a lot of space. Obviously, its construction was very plain and the machine itself was made of steel. However, slot machines were being improved greatly over the last centuries and for now they are justly acknowledged by the gamblers` community of the whole world.

The birth of slots

The initial prototype for the slot machine invented by C. Fey was an elementary gambling device, which consisted of five iron casks with poker hands indicators, drawn on their surfaces.

The invention and distribution of slots also faced more serious problem, which was morality. American community and authorities were anxious that gambling could substitute all the other ways of spending time and may become a more powerful incentive for making money than real work could be. So, possibly, slot machines could have been even abandoned. But the same inventor, Charles Fey, offered a simple solution: to use symbols of fruits. Indeed, it seemed impossible that such an innocent entertainment could pose any kind of threat to anyone. This idea turned out to be very successful and until now many gamblers associate slots with famous fruit symbols. 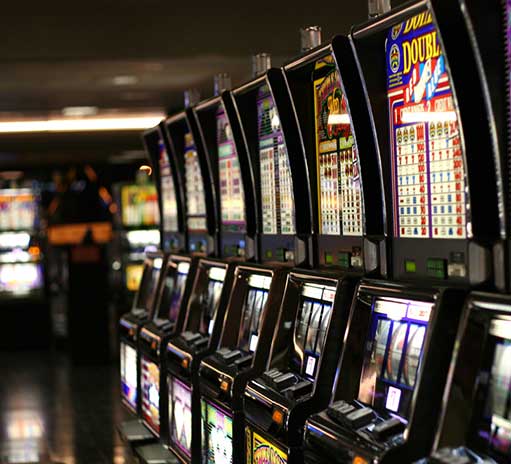 However, during the period of prohibition not only alcoholic drinks, but slot machines as well, became the objects of severe critique. Actually they were close to abandonment. The idea of abandoning gambling and slots was actively promoted by many politicians and public figures.

But things were not going to change easily. After all, gambling was not prohibited. Las Vegas played an important role in the whole affair. It was in casinos there that slots were installed, and the clients were not only gambling at casinos, but at slot machines as well. So, business remained profitable and the question of its closure was no longer promoted.

In the middle of the 20th century slot machines became exactly what we know them now – bright, flickering symbols, based on new computer technologies. They continued contributing greatly to the casinos` incomes and provide great profitability now.

And, of course, needless to mention online slots, which became possible as a result of rapid development of information technologies and Internet. Almost all real-life slots can be found in the global network. Only this time it is possible to make quite nice money without even having to go out of home.